We are pleased to announce the release of the DJ-Messages 1.11 version, which includes new useful features. Let's take a closer look at them.

Imagine a situation in which you want to send cyclically different messages to specific users on a page. Sure, if there are a small number of them, there is no problem to send them separately, but imagine that there are several dozen or even several hundred.

Sending messages to each of them would be tedious and pointless.

That's why we've added the recipient list creation feature to DJ-Messages in this update.

Each user can have the functions of creating their recipient lists, and also - the administrator can create predefined lists visible to all users. 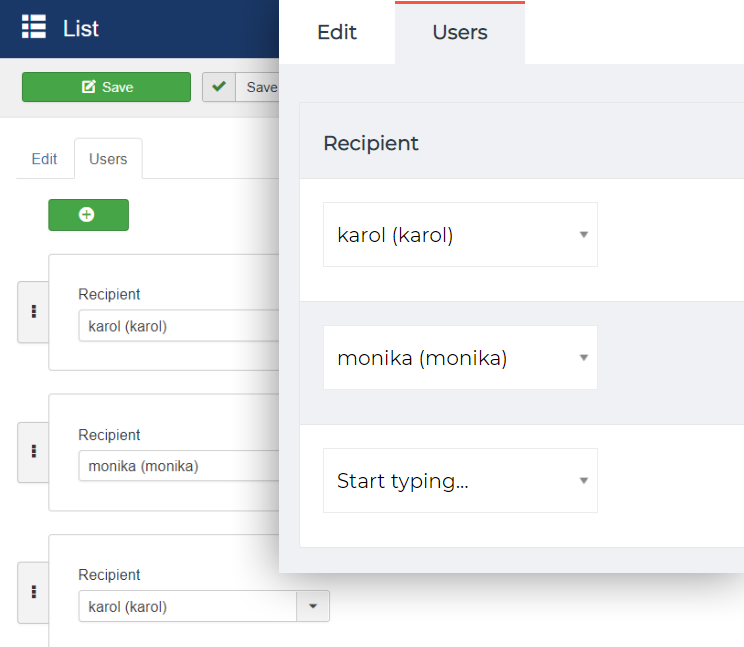 This feature can be handy in the current era of worldwide pandemics, through which many employers go into remote work mode.

They are ideally suited to creative teams, where users can create their groups to communicate on projects commissioned to them or to communicate between various departments in the company.

We've also prepared a tutorial where you can find out how to send a message from the administrator to all site users or for specific user groups only.

We have implemented Actions Logs for DJ-Messages. This is a component feature of Joomla that allows you to log actions that occurred on the web page.

From now on, you can start logging the following actions:

A new way to send messages

Additionally, due to the new List of recipients feature, the method of sending messages from the front-end has changed.

Now the user must determine first whether he wants to send the message to one person, to recipient lists or groups of users. The selection is made using a select field. 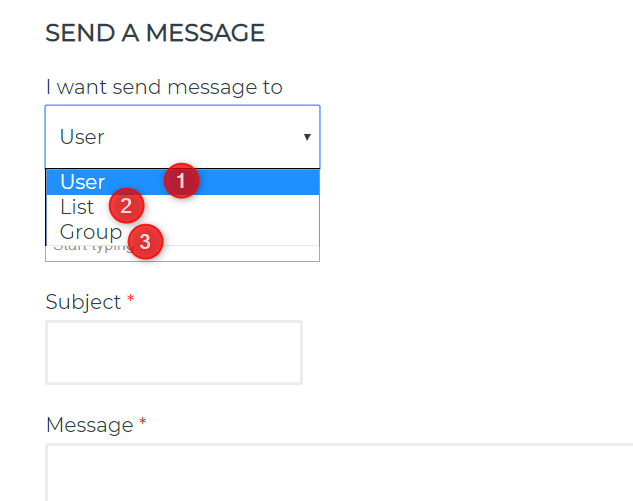 Try the new features and let me know how they work on your website.

There is also another new tutorial article, explaining what the user needs to do when he wants to receive messages.

See how to set permission to receive messages in DJ-Messages

DJ-Messages with the mass messages feature

Don't forget to use the discount code "BLACK22" for 50% OFF on all products storewide!